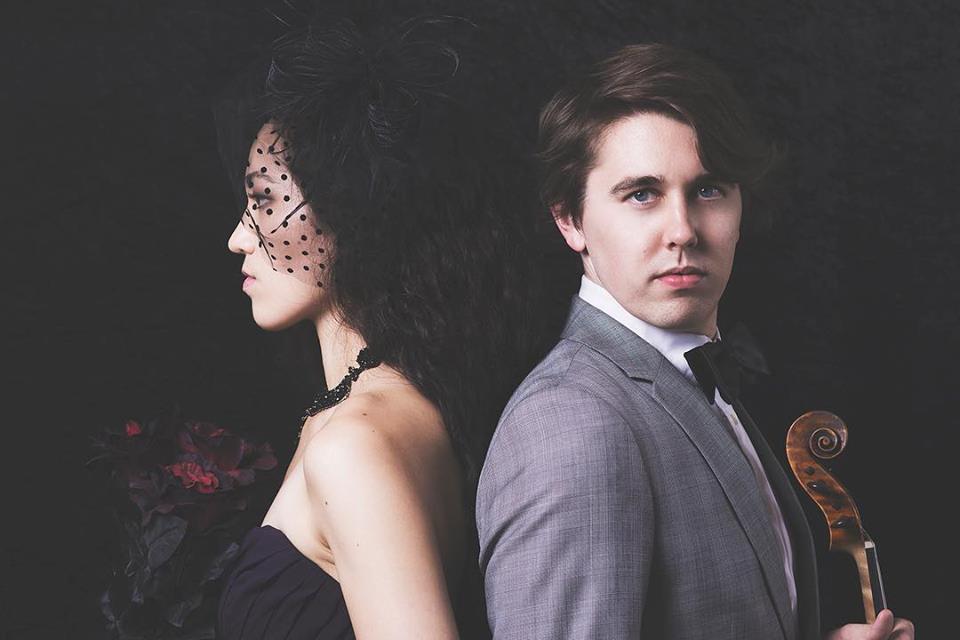 The Canada International Arts and Music Society is pleased to present award winning viola and piano duo, The Ezra Duo in concert. Both individually accomplished and renowned as an ensemble of the highest performing caliber, Jacob Clewell (Viola) and Sasha Bult-Ito (Piano) have made a name for themselves, performing in prestigious venues such as Koerner Hall (Toronto) and Carnegie Hall (2017) and competing in numerous international competitions. Join us April 26th for a spectacular display of virtuosity through repertoire spanning the centuries! 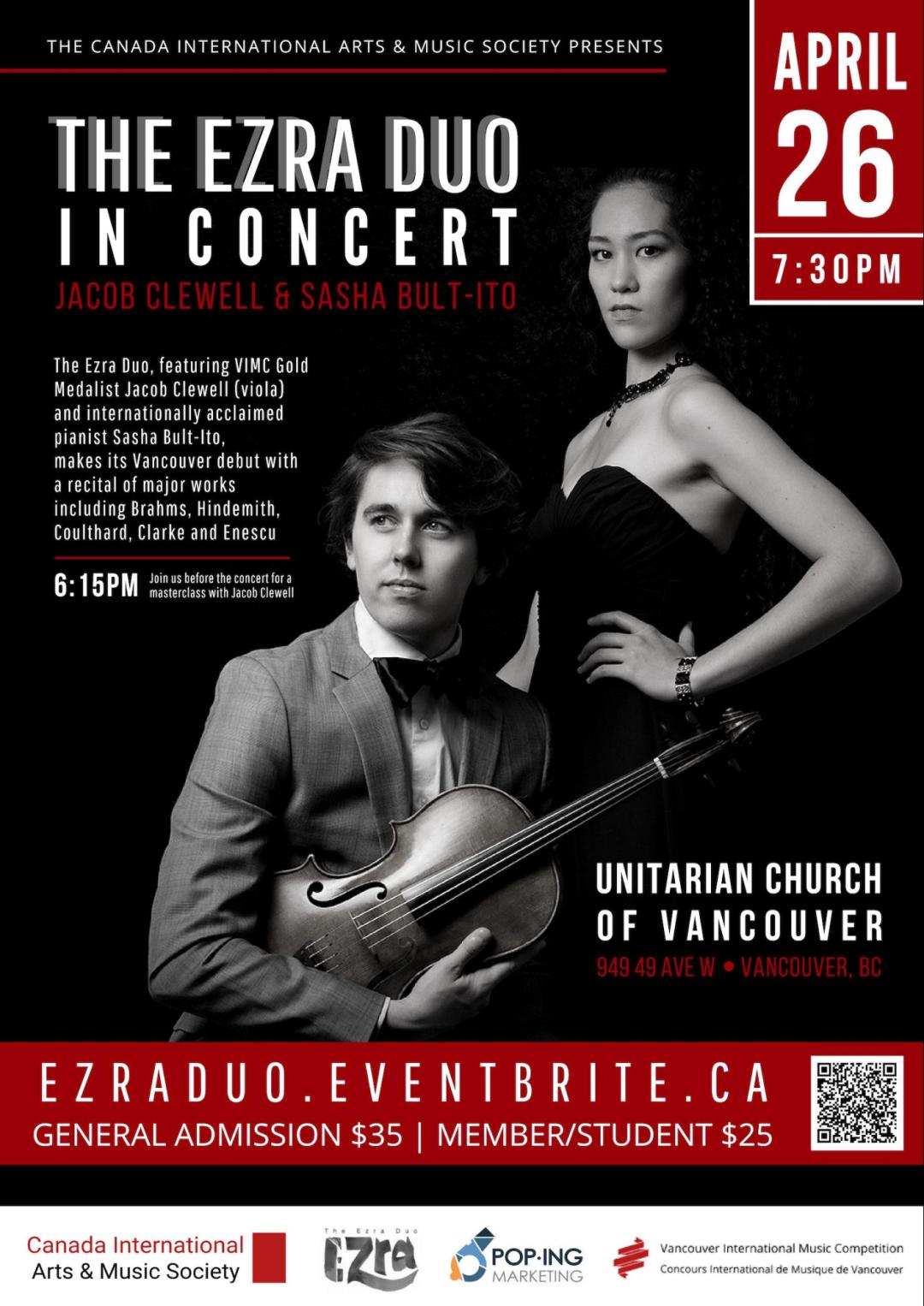 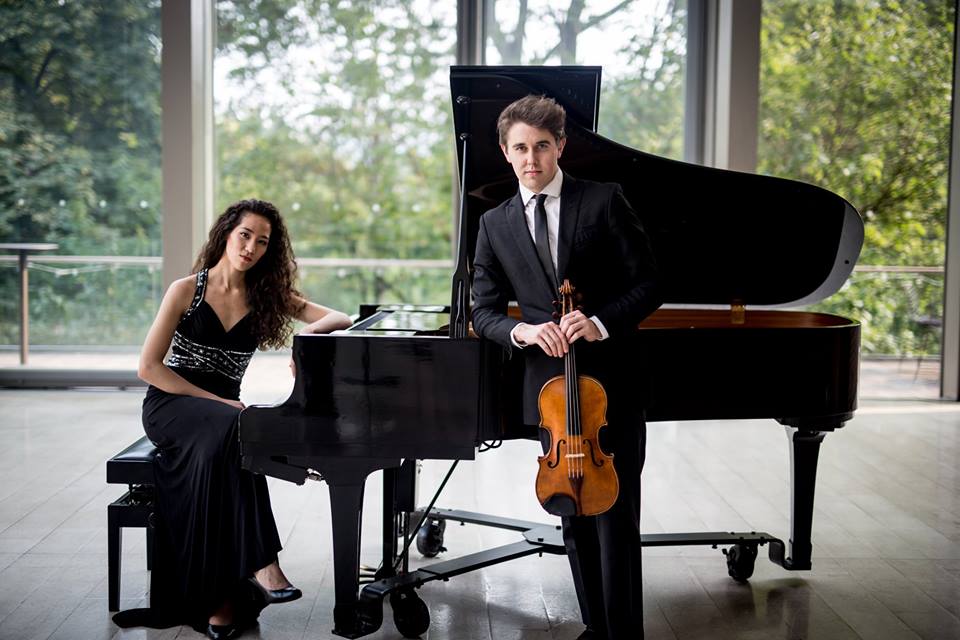 Both individually accomplished and renowned as an ensemble of the highest performing caliber, Jacob Clewell (Viola) and Sasha Bult-Ito (Piano) formed “The Ezra Duo” in 2016, premiering their work in 2017 in a prelude concert for the Royal Conservatory Orchestra in Koerner Hall (Toronto). After performing in the esteemed Carnegie Hall (2017), the duo competed and took first prize in numerous competitions, earning them invitations to perform in New York, Vienna, and Sarajevo. Highlights from the 2018-2019 season include re-engagements at the Arts and Letters Club of Toronto and Prime Chamber Music Society, a guest artist appearance with the Rome Symphony Orchestra (Georgia), and a tour featuring their Women in Music program through the southern United States and Ontario, Canada. 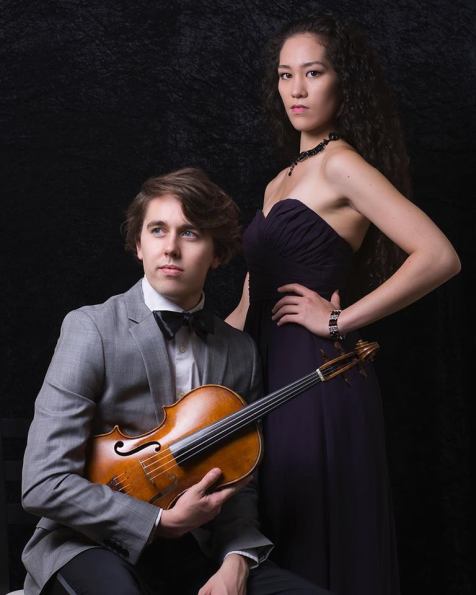 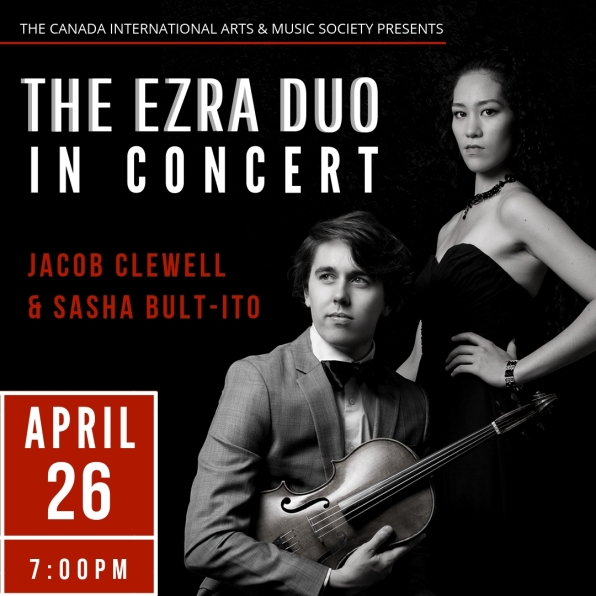 *join us before the concert for a masterclass with Jacob Clewell starting at 6:15pm

View all posts by oscarliu24

This site uses Akismet to reduce spam. Learn how your comment data is processed.